ERGOCUT S is the plasma cutting torch that wrote the history of products trafimet style. Completely renovated in the design, this line of torches was recently the object of a functional restyling which resulted in: the creation of the new control system “switch safety”, which allows to operate the torch by simply pulling the trigger; the designing of a new handle which, thanks to the weights redistribution, makes the cutting easier and increases the quality of the result.

The range of use of S torches is from 20 to 200 ampere and is able to meet all the operational requirements of the operators who use plasma systems without HF.

All torches from the S series trafimet style are available with the following connections:

– centralized: Compatible with the most popular generators on the market;

– customized in the connections: According to the client’s specific requests;

– customized: In the connections: According to the client’s specific requests.

The plasma cutting torch S is equipped with a coaxial cable designed to guarantee greater durability.

the new range of compressed air plasma torches with striking of the pilot arc without high frequency.

The considerable advantages such as：

-Less electromagnetic disturbance, with consequent absence of problems for any electronic, radio, television, telephone and computer systems in the vicinity of the cutting positions

-Greater simplicity in comparison with other torches(without high frequency)on the market, with a consequent decrease of the risks of jamming in the mechanical-pneumatic movement for striking the arc subject to wear(electrodes, tips, nozzles, diffusers etc. )thanks to the better cooling of the torch obtained by reducing the insulating thicknesses(without endangering the safety parameters)

-A striking new design, together with an improved ergonomic handle, makes use of the torch easier and more relaxing

-A mechanical lever fitted to the trigger for user safety. these torches some of the safest and most reliable on the market.

-Terminations are offered in a “direct to machine”or central connector configuration.

-spiral design helps support the cable and offer great all day comfort use.

Color might be slightly different due to the color calibration of each individual monitor.

A:1 Normally, we packing our goods with cartons. If you have special requirements, please mention that in advance.

A:2 If you have legally registered patent, we can pack the goods in your branded boxes after getting your authorization letters.

A: T/T 100% in advance. We’ll show you the photos of the products and packages before the shipment.

Q4. How about your delivery time?

A: Generally, it will take 15 to 30 days after receiving your advance payment. The specific delivery time depends on the items and the quantity of your order.

Q5. Can you produce according to the samples?

A: Yes, we can produce by your samples or technical drawings. We can build the molds and fixtures.

Q6. Do you test all your goods before delivery?

Q7: How do you make our business long-term and good relationship?

A:1. We keep good quality and competitive price to ensure our customers benefit ;

A:2. We respect every customer as our friend and we sincerely do business and make friends with them, no matter where they come from.

Competitive price.Email inquiry with part number, part name and parts quantity to We will quote within 24 working hours.

3 months after B/L date. Exclusive and unique solution can be provide to our customer by our well-trained and professional engineers and staffs.

We have cooperated forwarders on long term basis, can get special discount from DHL for air order and also from many shipping lines for sea order. Customer forwarder also accepted.

Normally, we packing our goods with wooden cases. If you have special requirements, please mention that in advance.

We  are one leading exporter and manufacturer in the field of welding machines.

we have our own machinery company who is specializing in researching, producing, and selling welding equipment, accessories..

The normal package is cartons packing and Waterproof membrane , plywood box or Carton.If container is too tigher,we will use pe film for packing or pack it according to customers special request.

International Express: Below 150kg Fast and convenient such as UPS, DHL,TNT, EMS etc. Air transportation: 150kg-500kg Save the transportation time. 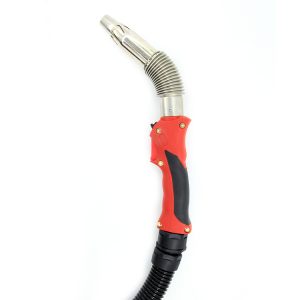